In Praise of the Coot

It rained again last night, unusual for the rain to be convenient in this country.

So after a rather nice Roast Beef (ta Dad!!) I headed to Rye Meads, there was a Red Legged Partridge on the approach road.

There are more wildflowers and insects about so I think the macro lens will be getting a workout!

Birdwise everthing is back. Although the Tern numbers are low and they aren't on the rafts yet - loads og Black Headed Gulls. I saw one Little Ringed Plover, but I'm told there are two about.

I got a nice view of a Cetti's Warbler which was good to see.

Given it was breezy I and the birdlife was not playing ball I wondered if I'd get any photos but sitting DIRECTLY in front of Gadwall hide. 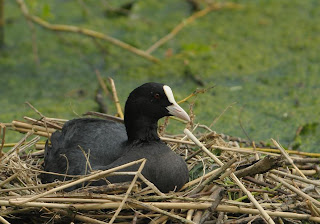 And there are eggs! 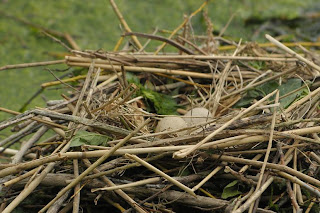 Of course some Coots young are already about! And some are much older than these. 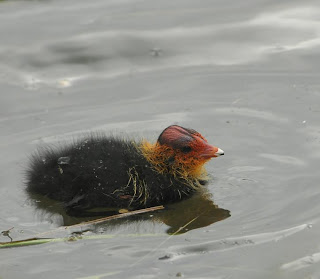 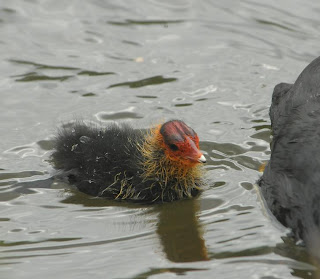 The coot is an underrated bird I think.

There were some Canada Geese on the river - about 8 adults and I think more than one family. 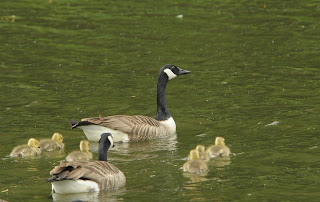 Nothing exciting but a nice walk. Oh saw a Buzzard on the way home - these have really become common over here!

oh and next weekend I can promise you will definitely not see the Forest or Rye Meads!!
Posted by The Quacks of Life at 5:57 pm

Email ThisBlogThis!Share to TwitterShare to FacebookShare to Pinterest
Labels: birds

Nice shot of the eggs. Those coot chicks are just adorable.

The Red-legs will be following you home soon :D nice to get the Cetti's too.

For all their fighting, it's a wonder Coots find any time to breed lol

Good to see all the young life about now.